HomeBlogUncategorizedPPCDo Google Use Their Power Responsibly?

Do Google Use Their Power Responsibly?

The inspiration for this article has built up over years of working with Google but the final nail in the coffin was something that occurred a few months back in late summer 2011.

I will detail the case here but this is only in order to help explain the main thrust of my argument.

My main concern is not a new one, many have flagged it as a potential issue in the past but so far nothing has been done to address this; Google as a company has too much power due to their monopoly position and they do not responsibly use their power.

I feel that they impose their moral beliefs upon others and are unwilling to enter into debate about this.

It is a tricky one as all of us have our own beliefs which form the basis for who we are, who we do business with and why or why not, so for example I may decide that I do not want to help a tobacco company with their marketing and I feel that this is a decision that I am free to make. The difference between me and Google making that call is that the tobacco company can simply knock on the next door until they find someone suitable to do their marketing.

This is where my clients problem occurred.

If a company is working with Google Adwords and Google decide that they do not want the business of that particular company any longer then there is really no other viable alternative to get the same traffic and sales in the short term; although social media sites are now forcing a bit of change here.

Power and responsibility are strange beasts; surely all politicians begin with a clear vision (albeit their vision) of what is right and wrong and they have an ambition to make the world a better place. However, once they finally hold the positions of power where they get to make the difficult decisions they realise the complexity and the potential effects of the decisions that they are making and start to become influenced by the loud people around them and their beliefs become less clear cut as does what is exactly right or wrong.

A company like Google is slightly different, they have become powerful over the past 10 years and have realised the weight of the responsibility that their power carries. It seems as though they have gradually been using this power to make the world a better place (in their eyes). But is this fair? They were not democratically elected to make moral judgements on the world and it’s economy although to a large extent they do have control of it.

People choose to use Google as they have a great search engine but most users do not think about the level of control that Google carries. Google have stamped out large swathes of businesses with manual tweaks to their algorithm (human made tweaks – this is not just a machine). They have helped businesses who they consider to be doing good things through human led algorithm changes. They also make exceptions for certain businesses to break their general rules, and they also in some cases break their own rules; I will come to this later.

One of our clients is a sports nutrition company and they sell products such as whey protein for body builders.

Google have a range of policies regarding products that you are not allowed to promote using Google Adwords such as pornography, drugs, pharmaceutical products and steroids as well as counterfeit products.

I was aware that Google had a steroids policy previous to working with this client but as the client does not sell steroids or anything that is in any way similar to steroids it didn’t cross my mind that they would have any issues.

A side note is necessary at this point; Google Adwords communicate all account suspension notices via email to the email address that a Google account is linked to (and additional email addresses if requested in the interface). We were not asked to monitor the inbox related to the account so made the assumption that the client was doing so but as the client is a small start-up they were unaware that they needed to monitor the inbox related to their Adwords account as they did not use if for anything else and did not foresee any potential issues.

So, an unmanned inbox led to both the client and us being unaware that we had fallen foul of Google’s policies.

Upon submitting some ads I was alerted to the fact that some ads were disapproved due to them being captured under Google’s steroid policy. I contacted the client to check that they were not selling steroids and had nothing that could possibly be mistaken for steroids on their site and they confirmed that they did not. Google often flag ads automatically due to certain words and then the ads need to go through manual review at Google before they are accepted.

Because of this I resubmitted the ads as this usually then gets them a human review. I anticipated that they would be activated, although this did not happen in all cases; it did on some ads and not on others.

As there were only a small number of ads that were disapproved in the account we decided to leave them and focus on the other areas.

Then one day in late August I went into the account and noticed that the ads had stopped running late the previous day. I checked the billing, the campaign status’ etc and nothing was amiss.

I then emailed Google to enquire as to what had happened and they explained that the account had been suspended due to their steroids policy.

I replied explaining that the client does not sell steroids and was told that in fact the policy covers a range of other products that Google believe to be similar to steroids.

They sent me a list of these and sure enough there was an amino acid that the client was selling on the list.

The hypocrisy at this point started to ignite my temper; why were Amazon.com allowed to advertise the same products along with many other larger competitors to my client without Google doing anything about it?

Fairness aside, Adwords accounted for a significant percentage of my clients business so they immediately removed the product from their site that was on Google’s black list and I then emailed Google to let them know and to request that the ads be restarted.

Google responded that they were still not satisfied with the website and would therefore not be allowing the client to advertise using Adwords again.

I tried calling and emailing and spoke to a number of Google staff on this and just came up against a brick wall. That was it for the client, no more Adwords. Google would not give any reason other than that we did not respond to the suspension warnings sent multiple times over 3 months so they would not be reviewing the decision.

They would not reconsider even though I sent them screenshots of the email account having had no emails opened when the client logged in for the first time (the day after the suspension).

Because of the monopoly position on search this put our clients’ business under considerable strain as 40% of their traffic was coming from Adwords, fortunately they have now worked around this and focus elsewhere successfully.

The client has worked hard to set up a business and grew very well over a 6-month period. They are good honest people selling body building supplements that are not banned or illegal or even disapproved of medically in any country.

Google then put them in a position where they suddenly lost a large chunk of their business and were forced to re-structure.

Is this fair business practice in the light of Google’s monopoly? I believe in fair competition and believe that Google do a great job with their products so it is fair that they are the market leaders as they have worked hard to get there and to maintain their position.

However, there does need to be some kind of regulation of this power if Google are making decisions that can affect companies’ livelihoods and on a mass scale the livelihoods of whole industries.

From this my biggest learning is to not have all your eggs in one basket. Differentiation is key in many areas of business and this is also true when it comes to online marketing. Depending on the nature of your business, if you have greater than around 20% of your business reliant on any one source of traffic then you are vulnerable to the whims of that traffic source in the short term. 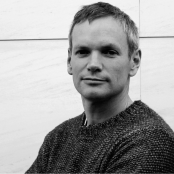