I just downloaded Adwords Editor 9.5, which by the way has some excellent new features and support for making campaign level settings changes to things like ad rotation and ad serving which were always a nightmare to adjust on large accounts as well as much greater support of ad extensions.

However; I am writing this post because perhaps the most important function of Adwords Editor does not work in version 9.5. At least not on  Mac using OS Lion.

I have been trying to upload some new keywords into the editor from an Excel file.

I am using 5 columns as the destination URL is determined by ads at an ad group level. 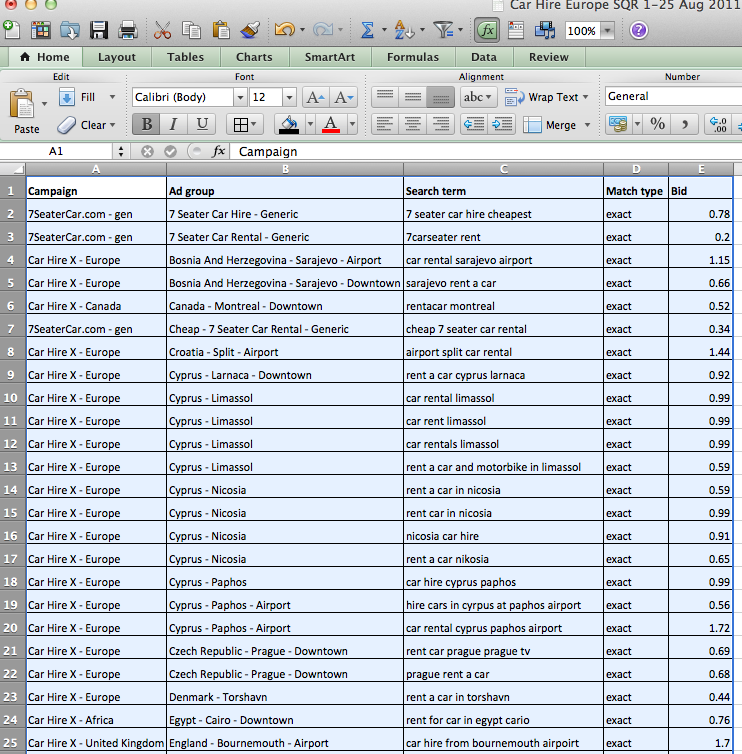 Then here is a screenshot of this pasted into the new version of Adwords Editor. You will notice that for some keywords the editor has not recognised the deliminator between columns (but only on some rows). 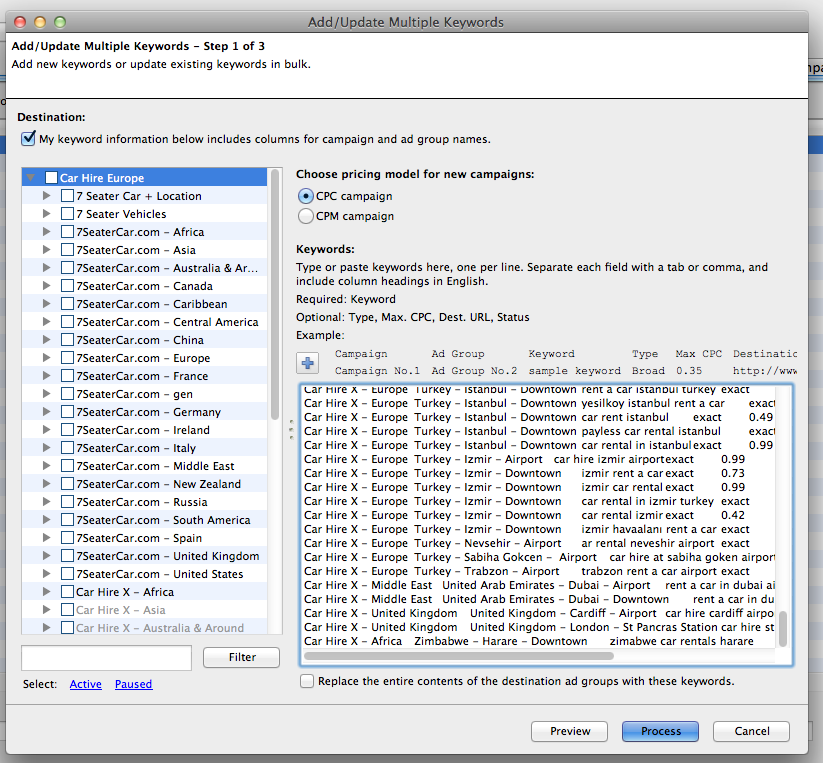 Finally; here is the mangled import that I was left with the choice of accepting or rejecting. I am not sure if this as the same for PC users or even Mac users not on Lion but if you are a Mac user on Lion then I would suggest holding off on upgrading to Adwords Editor 9.5 until this has been ironed out as it effectively renders the tool useless for working with Excel. I have given all the detail to Google and will update the post once I hear back from them on this. 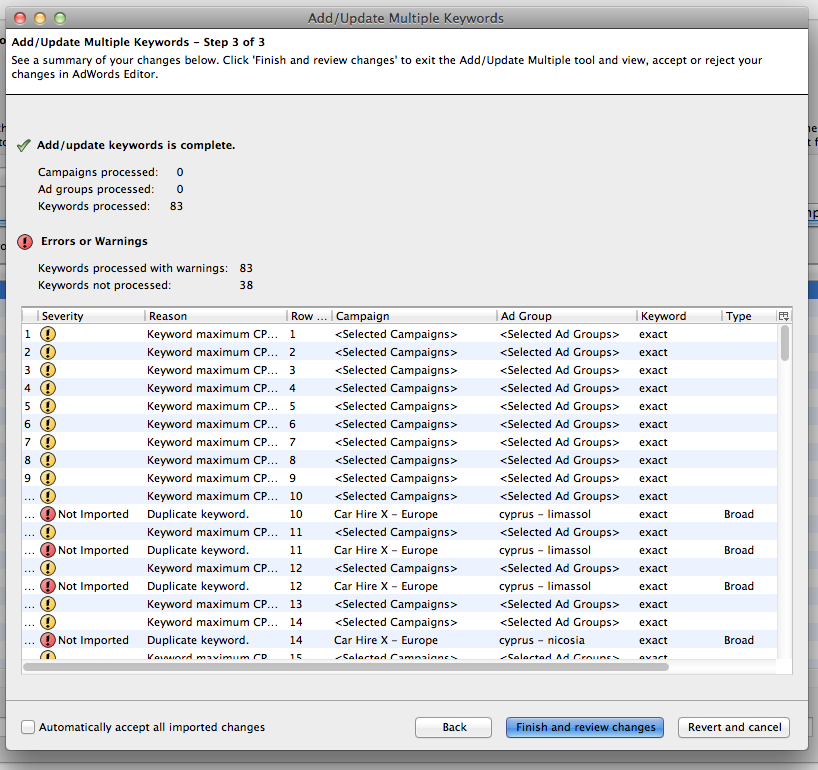